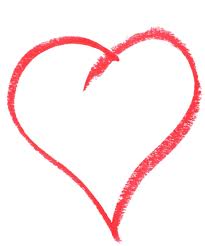 I don’t see him as much as I’d like these days.

His birth was not an easy one,  I was young and my doctor was old, he went through quite a lot of trauma as did I, his beautiful little face was crooked and bruised, and me well….that’s another post.

We were both very lucky.

I remember never putting him down, he’d sleep with me, nap with me and, I always wanted to hold him close.

I also have 3 beautiful daughters, David was my first-born and only son.

I used to read him a story by Robert Munsch called “I’ll love you forever” it was published the year he was born in 1986.

and I began singing this phrase to him:

“I’ll love you forever I’ll like you for always As long as I’m living My baby you’ll be.” 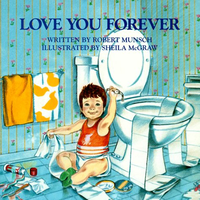 I still love this book and know it by heart.

Here’s a way to use the “power vegetables” sweet potato and red bell pepper in a satisfying vegetarian pasta dish full of fresh herbs and creamy goat cheese. Any fresh herbs you have on hand, like basil, oregano, sorrel or chives, can be substituted for the tarragon. Serve with a garden salad. 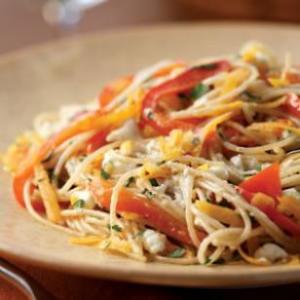 “The flavors were good, but the texture is strange. I would’ve much preferred roasted sweet potatoes and bell peppers. The shredding of the sweet potatoes is a lot of work for an odd result. “