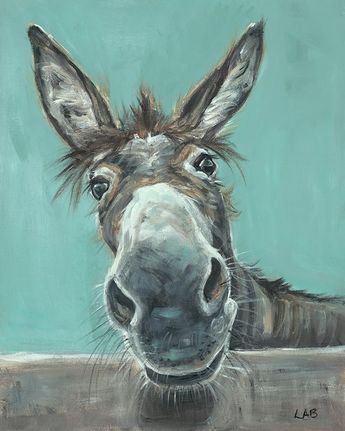 I have a paperback
heart
dog-eared and creased
By the world,

Light is easy to love.
Show me your darkness.

I was reading the paper this morning and had a thought…

We can only blame ourselves for all the crime and violence in today’s society.

Here in Canada we have removed all the phone booths and in doing so have left Superman with no where to change!

Going to the grocery store alone has become “me time”, sad but true.  After having four children over the last 28 years I treasure this time!  No more ” can I have”, “please can we get..” or leaving your half full cart to go and change a poopy diaper, No more tantrums and no more stealing of gum and chocolate bars at the checkout!

There is a certain amount of control that comes from pushing the shopping cart, I can back up, circle around if I forget something, take my time choosing the best watermelon, talk to whom ever I please,  it’s one of the only areas in my life that I have complete and total control 😀

On the very odd occasion ” P” comes with me…. I do appreciate the help but he insists on pushing the cart,  but he walks to quickly and zig zags around the store!  On one occasion we left the store early due to his zig zaggy “behaviour”.

We have not been shopping together since, until last night.  I made sure I was very clear on the ” rules” there would be no zig zaggig and we were to go aisle by aisle..and if he started huffing and puffing or any of the above we would leave the store immediately 😊

It surprisingly went very well, I only had to give him the “mom look” a couple of times as a reminder 😀

Not to mention how he puts grocery bags in the trunk!
Painful ☺

After last nights shopping experience I have made a promise to myself not to share my pushing of the cart time with anyone.

(*note : I have cleared my public roast of “p” with him before publishing ☺)

Today, checking on the situation regarding the Minnesota dentist who killed Cecil the lion, I discovered that a rival male has killed one of Cecil’s cubs who were abandoned by Cecil’s brother, Jericho. Almost certainly the other cubs will be killed as well. This is what lions do when they take over a pride, thus eliminating the genes of their rival. And what of all the genetic disruption of the species’ future? For the hunter will go after the lions with the biggest manes, in their prime – those who carry the genes likely to result in the perpetuation of magnificence. We can never know what role Cecil’s cubs might have played – he was killed and this led to their death.

What makes things worse is 1) the fact that Cecil was illegally lured out of the safety of the protected area where he had established his territory. Palmer insists, rightly or wrongly, that he was not aware of this. And 2) Cecil was not even killed outright by the bow hunter, but spent 40 hours wounded and in pain before he was found and finished off with a bullet.

Palmer’s behavior was despicable on all counts. But the reason that his behavior became the subject of anger and hatred around the world was because Cecil was a known and loved individual. With a radio collar (almost certainly invisible in the beautiful thick mane), part of a scientific study.

And the question we should ask ourselves is this: Just because he was named, and loved and part of a scientific study, does that make him any different, in the world of the lion, than the other lions killed by “sport” hunters? All those splendid individuals whose decapitated heads disfigure the walls of countless wealthy homes?

Indeed, Palmer is not the only hunter deserving of our contempt and anger. Far from it. At least 600 trophy hunters kill lions each year. Each lion has his own personality and place in lion society, even if this is not known to us. And, of course, lions are not the only animals targeted by sports hunters. Palmer himself has killed all manner of creatures in Africa and North America. And these hunters absolutely believe that what they are doing is not wrong. Even after Palmer had gone into hiding as a result of the hate mail he generated from around the world, another hunter, Sabrina Corgatelli , began boastfully posting pictures of herself grinning gleefully as she poses with the various animals she has been killing on her hunting safari. The photo that was most shocking shows her gloating over the dead body of a big male giraffe. And she writes:

“Such an amazing animal!! I couldn’t be any happier!! My emotion after getting him was a feeling I will never forget!!!” Initially she seemed to excuse her action, commenting that after all, giraffes are very dangerous, and could hurt you very seriously, very quickly. But as the hate mail poured in she became defiant, she and her boyfriend promising there will be plenty more such pictures for her internet “haters”. We have already seen her with the corpses of various antelope, a lion, a leopard and a warthog with the most glorious tusks. And throughout these postings Sabrina angrily defends her right to pursue her hobby.

Just today I learn of a program that takes children who with disabilities or are critically ill to experience “the outdoor adventure of their dreams,” which translates to them hunting big game. Also in the news is bow hunter “hero” Rebecca Francis shown, with the same sort of delighted smile on her face, actually lying down by the body of the giraffe she had shot. Francis we learn is a mother of 8 children who has killed countless animals in North America and Africa with her crossbow. And there are hundreds of others. Some even shoot animals that have been bred in game farms simply to be hunted.

So many sport hunters proudly post pictures of themselves with their victims. They sometimes defend their actions by claiming the money they pay for the pleasure of killing is what enables impoverished countries to pay for conservation of wildlife. It’s a strange kind of argument with many flaws. For one thing, the money does not always end up in any conservation program. Moreover, trophy hunting is probably having a damaging effect on the future of the species because the hunter will go after the lions with the biggest manes, antelopes with the biggest horns, warthogs with the biggest tusks. In other words, males in their prime – those who carry the genes likely to result in the perpetuation of strength and magnificence. We can never know what role Cecil’s cubs might have played – he was killed and this will lead to their deaths.

For years I have puzzled about the psyche of the “sports” and trophy hunters. How can Sabrina feel “happy” as she contemplates with pride the severed heads of her innocent victims, the trophies she will take back to her home. This is very different from the emotions of a Native American (and other indigenous peoples) who thank the animal they have killed for food, say a prayer for its spirit. And different too from the pride – and surely relief – that a young Masai used to feel after killing a lion, armed only with his spear, to prove his manhood. Or the feelings of villagers who have killed a lion who raided their villages and killed a precious cow or goat, or an elephant that destroyed their crops, just before harvest.

But I simply cannot put myself into the mind of a person who pays thousands of dollars to go and kill beautiful animals simply to boast, to show off their skill or their courage. Especially as it often involves no skill or courage whatsoever, when the prey is shot with a high powered rifle from a safe distance. How can anyone with an ounce of compassion be proud of killing these magnificent creatures? Lions, leopards, sable antelopes, giraffes and all the other sport or trophy animals are beautiful – but only in life. In death they represent the sad victims of a sadistic desire to attract praise from their friends at the expense of innocent creatures. And when they claim they respect their victims and experience emotions of happiness at the time of the killing, then surely this must be the joy of a diseased mind?

There are many ethical issues, which we seldom face up to, whenever an animal is killed. For example, is it “worse” to shoot a wild boar for food than to slaughter an imprisoned factory farmed hog? Does the life of a wild turkey matter more than the life of a free range domestic turkey? Is the person who grants a license to the hunter, or the one who authorizes that person, or the one who drafts the laws that make it legal to do this, as guilty as the person who pulls the trigger (or fires the crossbow)? These and many other such questions are seldom asked. And when they are, they sometimes seem impossible to answer.

But trophy hunting is hard to defend. And the outpouring of anger and hatred occasioned by the killing of Cecil shows how many people feel that the days of the great White Hunter should be brought to a close. It is excellent news that many airlines have now refused to carry trophies. Cecil has become, albeit unknowingly, a martyr for a cause.

When a child gives you a gift, even if it is a rock they just picked up, exude gratitude.

It might be the only thing they have to give, and they have chosen to give it to you.