Sorry guys I couldn’t help myself
I have Gay and Lesbian friends and family and this really struck a cord with me on many levels!

Another controversial post…but here goes, I know everyone has different views, opinions and beliefs and I respect that
Or do I…..?
I find it hard to respect the beliefs of some Arizona Government officials…
But I’m going to stand on my old soap box once again…

Yesterday I read an article about Bill SB 1062 which primarily targets the LGBT community but it also targets people of different Religion.
Some will disagree with me as I disagree with Bill SB 1062-the bill that would have legalized discrimination by private businesses, corporations and their employees.
– Legalize Discrimination??!!

* I can’t understand what makes a man hate another man, Help me understand*

People such as Nelson Mandela, Malcolm X, Martin Luther King, Harriet Tubman, Rosa Parks,  Satyarthi, Eleanor Roosevelt, Bill Siksay, Svend Robinson the list goes on and on, these brave and exceptional human beings  have fought for equality and freedom from oppression for all human beings, whether it be religion , women and childrens’ rights, African American, LGBT etc.. they have devoted to and given their lives in support of equality.

I just thought as a society we had come a little further than this.  As the song says “People are People so why should it be…”

I was and still am in a shock over what I read!  I kept thinking it must be a joke!  I knew not everyone accepted the gay community and relationships and different religious beliefs but this has taken it to a totally new level for me!!

Some people in the state of Arizona are just now realizing that “gay people have money and buy stuff.” REALLY!!??….REALLY!!??

The following is what I read, I am still in disbelief , actually speechless!

The state of Arizona found itself in the middle of a conundrum today as it awoke to the awkward realization that gay people have money and buy stuff. – Wakey ,Wakey!

Just days after the Arizona legislature passed a law that would enable businesses to discriminate against gays, it emerged that gays spend billions of dollars in Arizona each year—an unexpected development that seemed to take many legislators by surprise.- Educated people, running the state? hmmm??

Carol Foyler, a Tea Party Republican who supported the anti-gay law, said that the startling bombshell that gays play a role in the state’s economy put her and her fellow lawmakers “in a tight spot.”- ya think?

“Quite frankly, we were blindsided by this,” she said. “We had no idea that gays had money and bought things just like regular people do.”- are you kidding?

Acknowledging that her vote for the anti-gay law might have been calamitous for the state’s economy, Ms. Foyler placed the blame for it squarely on the shoulders of one group: the gays themselves. – ???

“How was I supposed to know what gay people do with their money, etc., when I don’t personally know any gay people?” she asked. “I’m sorry, but it was up to the gays to tell us.”- honestly?! this is just stupidity!
www.newyorker.com

Arizona Gov. Jan Brewer vetoed a bill Wednesday that would have allowed businesses that asserted their religious beliefs the right to deny service to gay and lesbian customers.- Good

The controversial measure faced a surge of opposition in recent days from large corporations and athletic organizations, including Delta Air Lines, the Super Bowl host committee and Major League Baseball. – Even Better

Fiercely divided supporters and opponents of the bill ramped up pressure on Brewer after the state’s Republican-led Legislature approved it last week. – Good!

On Wednesday, the governor said she made the decision she knew was right for Arizona.

“I call them as I see them, despite the cheers or the boos from the crowd,” Brewer said, criticizing what she described as a “broadly worded” bill that “could result in unintended and negative consequences.” – She is standing for what she believes in…

Brewer said she’d weighed the arguments on both sides before vetoing the measure, which is known as SB 1062.- Smart
www.cnn.com 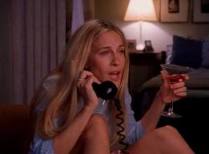 If you love someone , set them free.
If they don’t come back,
Call them up later when your drunk.