Finally, Finally the snow has stopped!!!!

The kids went back to school after 2 1/2 weeks of Christmas vacation!  Lucky kids!!

The sky is clear tonight and it’s getting a little colder, the best part about the snow finally stopping is we might be able to see the Northern lights. I stole this little bit of info from MSN – The sun shot out a strong solar flare late Tuesday, which should arrive at Earth early Thursday, which means it will shake up Earth’s magnetic field and expand the Aurora Borealis south, possibly as far south as Colorado and central Illinois. He said the best viewing would probably be Thursday evening, weather permitting. 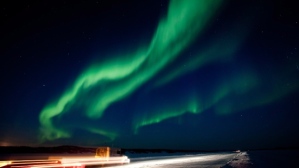 The solar storm is already causing airline flights to be diverted around the North Pole and South Pole and may disrupt GPS devices Thursday.

Here are some photos from snow-covered Muskoka ON. ! 😀 😀

After the roof has been shovelled a little tunnel to get into the house!!

The amount of snow that fell yesterday…Yes I am wearing Minnie mouse PJ bottoms…the snow is almost up to my knees!!

The view from our back door onto the deck after the roof had been shovelled!!! I think I’m going to open the door and put my beers in there! Good old-fashioned Canadian Cooler LoL!! 😀

I’m sure most people have heard of  the “elf on the shelf”, but I myself just learned about this last night at my daughters curling practice.  One of her coaches has an “elf” named Ginger.

The idea behind the elf on the shelf is really fun and quite creative from a parenting point of view.

This is a Christmas Tradition that I’d love to incorporate into my home even though my kids are getting a little older and two of them are in their 20’s.

The tradition begins when Santa sends his elves out to Elf Adoption Centers.  As soon as an elf is brought home and taken out of its box, given a name and the story is read the elf magically awakens and receives its Christmas Magic.

Elves are great listeners and watch over everything,  it is said that they report back to Santa on who has been naughty or nice.

Gingers caregiver told us last night that if you touch an elf it looses its magical powers, and that you can sometimes give them back by sprinkling cinnamon and sugar beside them….

The elves use their magical powers to fly back to the North Pole each night and report to Santa what they have seen and heard.  While at the North Pole they play with the reindeer and sneak cookies from Mrs. Claus.

Before your family awakes each morning, the elf will have flown back home and are quite playful they never hide in the same place.

So I just learned there are also some very naughty elves, they are not all sugar and spice and everything nice.

On Christmas Eve, the elf quietly waits to hear Santa’s bell and when it’s heard will fly back to the North Pole until next Christmas while wishing everyone a Christmas of Peace and Joy.

I thought this was such an incredible idea, all the memories you could create year after year, not to mention the fun and magic brought into your home.

The Elf on The Shelf comes in a box with a hardcover book .. 🙂